React.memo gives us the ability of pure components in React but for functional based components rather than class based ones.

memoization is computer science jargon which means caching the result of expensive function calls and returning the cached version when the arguments are the same.

We don’t want MyNewComponent re-rendering when the props being passed are the same.

I’ve created the following example in Codesandbox to help cement in your mind how React.memo works.

It’s a simple app that counts the number of times a button is clicked. You can see from the below screenshot we have a banner on top of the page. 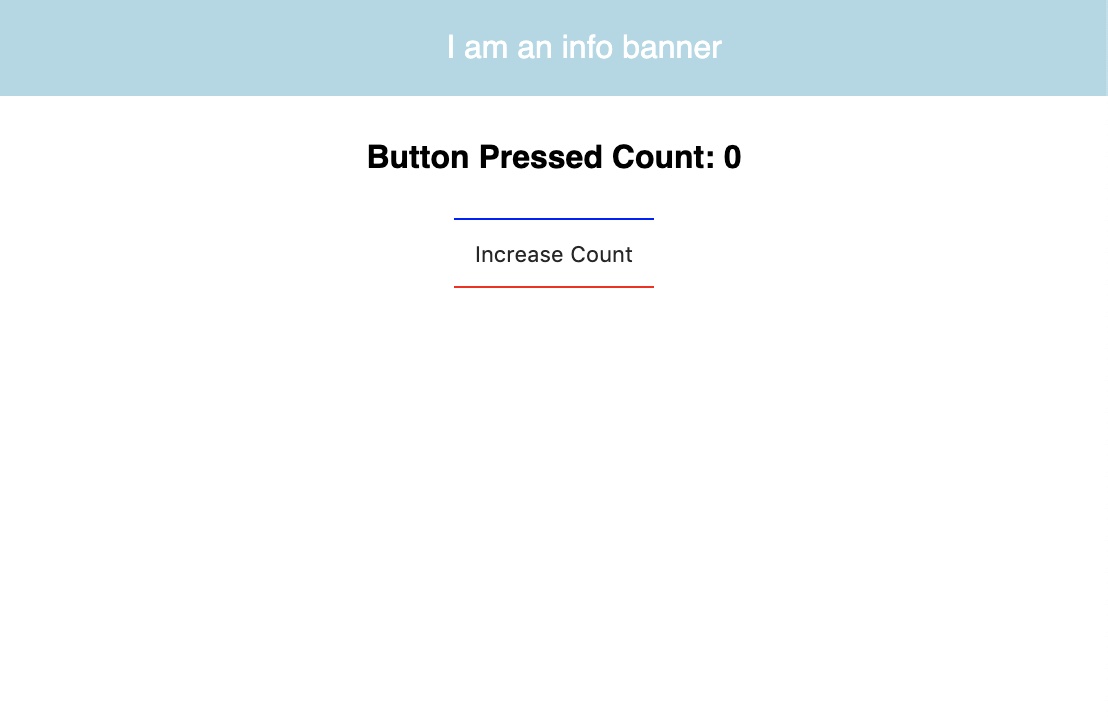 Imagine the Banner is a UI component that can have different types, in this case you want to use the info type banner so you create your Banner as follows:

And our Banner component looks as follows:

In our CounterComponent, every time we click the button we increase the buttonPressedCount variable which causes a re-render which is what you would expect. The problem with this is that the Banner component also re-renders even though the props being passed to it haven’t changed.

To circumvent this, we use memo which acts like PureComponent in the fact that it will stop re-renders when the props haven’t changed. Our code updated looks like:

Now our Banner component will only re-render when the props to it have changed.

This is core fundamental idea of React memo.

Ok so let’s get a little more advanced and talk about custom equality. By default, memo only does a shallow comparison of props and prop’s objects. You can pass a second argument to indicate a custom equality check:

Imagine we had a Person component that accepted a prop person which is an object, we could check if the name is the same.

This is a really nice addition to React, allowing us to use functional components without having the worry about needless re-renders. As always, I hope you learned something good with this post!