Preparing your mobile app for an emulator can seem like an overwhelming task at first. However, once the specifics are laid out, it’s actually a fairly painless process and an exciting time for any developer. With Android Studio being OS independent, it’s not only a great starting point for us to begin, but also just as useful for seasoned mobile app developers as well.

For the example in this post, we’ll be making use of React for our Ionic app, but this would work just as well using Angular.

Getting Started with Ionic and Capacitor

To begin, we’ll assume the Ionic CLI is installed, and let’s create a sample app.

Now if you’ve already created an app, or began coding, there’s nothing to worry about. Let’s move onto our next step, which is initializing Ionic and Capacitor.

Enter the following command, enter a name for your project, and select @ionic/react as your project type.

Next, let’s add Capacitor to our app:

These next steps are surprisingly fast and will lead us right to Android Studio.

Now, edit capacitor.config.json and change the webDir value from www to build. Finally, let’s build and copy of our project to an Android-friendly environment.

Open Android Studio to the android folder we’ve created in the root directory of your project during the previous steps.

Once the project has fully synced, you may need to setup your virtual device. If needed, press “Ctrl + Shift + A” and search for AVD Manager to get started.

Hopefully, you’ve made it this far and are ready to run your project by selecting the run drop down in your toolbar and, you guessed it, select run 'app'.

Now if you receive the following error while using Ubuntu/Linux, no worries.

Simply edit permissions for /dev/kvm by opening terminal and entering this next command:

And there you have it. 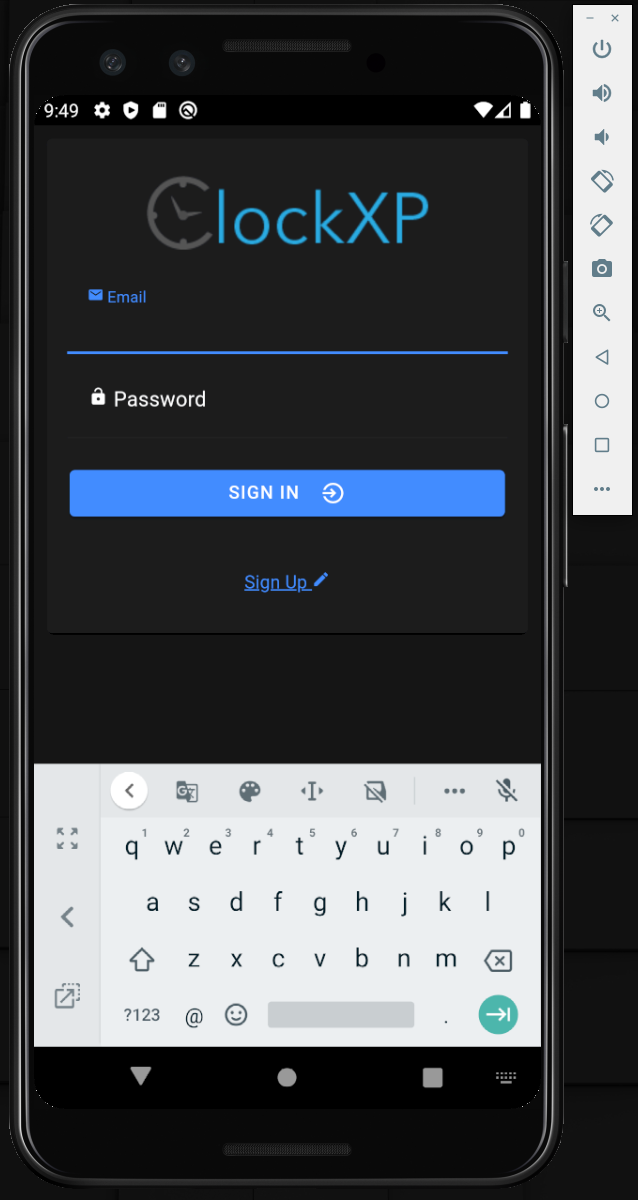 Thanks for reading and see you next time! ⏰

Getting Location Data with Ionic 4 and Capacitor

How To Set Up Firebase in Ionic 4 and Angular